My name is Erin, (Hi to you all that know me) And for those of you who don’t, I am one of Michele’s assistants at An Island Hideaway taking care of the “behind the scenes & back-end” side of An Island Hideaway together with marketing, events and creative areas.

Everyday at An Island Hideaway I am faced with new & exciting challenges and the diversity of my role here gives me many opportunities. In saying that, I never thought I would be faced with the challenge of shooting an entire wedding on my own.

It was just after lunch on the Saturday 10th March 2012 and I was indulging in my mid-day coffee and soaking up the sun on my back porch when my phone began to ring. It was Michele on the other end of the phone explaining to me that the Bride & Groom’s photographer has failed to show up to our guest boat.

Now for those of you who know Michele you will know that she remains cool, calm & collected in the face of any situation and rolls with it, finds a solution and continues on. Today, was the first time I had ever heard a slight tone of panic in her voice.

The photographer in question was the infamous Derek Smith and after hanging up the phone from Michele, proceeded to call him only to find all contact numbers switched off. Immediately thinking that something terrible had happened to Derek (of whom we have worked with for well over three years) I had to then begin calling any other photographer I could. (we needed a photographer and we needed one right now!)

After 15 minutes of calling our other legendary photographers, only to get message banks (of course it was a Saturday in March so the chance was slim to none of anyone being available) and a desperate phone call to my good friend Tim who unfortunately would never of made it in time left me to make the dreaded call to Michele and advise her I had come up with nothing.

Michele’s slightly panicked tone had return to her normal cool, calm & collected voice, and it was that voice on the other end of the phone simply said, “You can do it Erin”. And that was that.

With the guest boat about to depart from Mariner’s Cove Marina and leaving only half an hour to for the team of An Island Hideaway to  find a solution, pressure was definitely on to 1. Line up a camera and 2. Get to the boat.

Thankfully, I was able to call upon Glenn of Seapix Photographics who was able to loan me a rig – in fact it was the ever amazing Canon 7D (a camera that I had only drooled over through the shop window) with a couple of  lenses that had already been dropped of to the Main Boat and heading to the Island – my only job was now to get my “photographer on” and shoot.

Meanwhile, the amazingly gorgeous Jo was already on the Island, with her bridesmaids, stepping into her dress and my heart went out to her and I was sure that when I arrived she would be a mess of tears and anger for not having her chosen photographer.

The entire trip to the Island (and thank goodness for iPhones) was spent absorbing the many photo’s that are on our website, taking them in, memorizing poses and in my head saying “You only have one shot, we can’t go back and re-shoot, there is no second chance.”

Upon arriving to the Island, I slipped into the Bridal Room to find the stunning Jo laughing and joking with her Bridesmaids and her Mum. Nope, no tears, no anger, no moping around, just all smiles & nervous giggles – absolutely amazing.

With a small canon 550 D in hand, I began shooting until the mother of all mother camera’s arrived with the guests.

In fact, it wasn’t until Jo made a speech at the end of the formalities where she finally shed a tear. Not of heartache, not of anger but just of the overwhelming and unfortunate events that led both Jo & Scott being posed & photographed by someone else, me.

Now, I’m only a hobbiest photographer but the expectation levels of myself to get this right caused more nerves than I had ever had, ever. And shooting on a camera I had never held in my hands before really didn’t help either combined with the fact I only had an hour & a half to do this in.

Every day I look at the fabulous work of Kylie Maree & Naomi V & Affordable Wedding Photography and of course, Derek Smith – unfortunately what he has done is completely & utterly unforgivable but I don’t care what anyone says, his work was amazing. So only naturally I wanted to be able to produce something that Jo & Scott could be proud of and cherish forever.

I truly enjoyed photographing Jo & Scott’s Wedding. They are such a beautiful couple and never missed, not even for a second that they were there to simply get married – nothing else to them mattered. Nothing was a big deal, the fact that for ½ hour prior to Jo walking the aisle she had no photographer, didn’t phase her –well if it did, you wouldn’t have been able to tell. I couldn’t believe how beautiful these two people were and how truly lucky they were to have each other.

All of their family & friends were fantastic and the Bridal Party were great making it easier for me to slip into the position of “Photographer” and gain a little more confidence as the night went on and I couldn’t of been happier to step in and help out where I could. At least Jo & Scott would have something to remember and look back upon from their special day.

Of course after any shoot comes the task of editing – and this one I chose not to do alone. Once again a frantic ship to shore call to my buddy Tim Owen (www.timowen.com.au) of Seventh Vision gave me peace of mind knowing that I had help.

I cannot be more thankful to Tim who basically took the whole lot of images from me, told me to stop worrying and edited all the photo’s for me in his own time and delivering a disc full of beautiful images, complete with slide-show backed by one of Jo & Scott’s Wedding Songs.

The lovely Kylie Maree Photography – after hearing my panicked message left on her voicemall on the day of Jo & Scott’s wedding very kindly offered to do a re-shoot for Jo & Scott, absolutely complimentary so that Jo & Scott will get those amazing “WOW” shots that I am yet to master.

A big shout out goes to Kylie Maree for her kindness and generosity and also to Kate McKenna who is doing the complete hair & make-up for Jo & Scott on their re-shoot date.

So here is a sneak peak of the photographs I have taken and will give you another update once the second shoot by Kylie Maree has taken place! 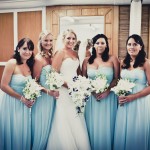 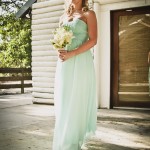 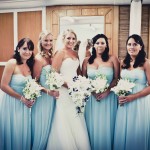